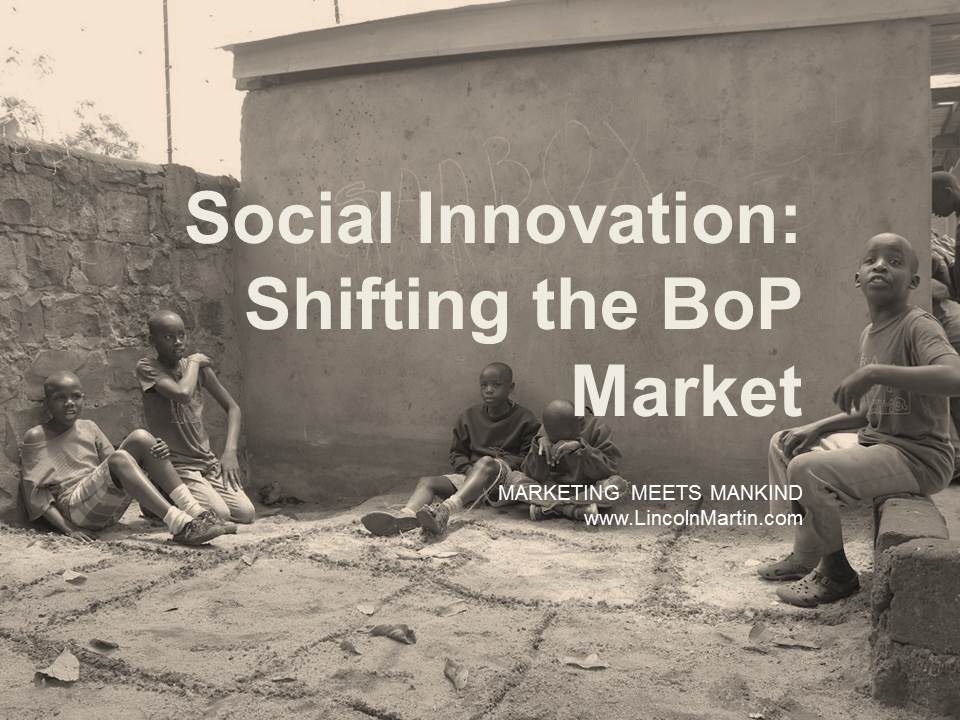 The pyramid has always been used to illustrate the relationship and the struggles among the different classes of society. While the base of the pyramid has intuitively the largest demographic, it is traditionally the most undermined. Today, the call to include the marginalized sectors of society in business and economic models is growing ever louder, and it is not at all falling on deaf ears.

Ever since societies were segmented into different economic classes, the pyramid has always been a representation of how societies across different eras and cultures were arranged. From the time of Ancient Egypt, to the Industrial Era, till this very day, the pyramid symbolizes the discrepancy among the different strata of society.

The base of the economic pyramid has traditionally been comprised of the poor, the powerless and the unorganized. In Ancient Egypt, it was at the bottom of the pyramid where the slaves were relegated; in the Industrial Era, the laborers; and today, almost four billion people living on less than USD 2 per day. They are oftentimes seen as the economically disposable ones, owing to their financial incapacity. They are the ones who did not attend school nor are formed in matters of business, and as such command minute attention from entrepreneurs and enterprises. Their importance in an economic society is easily forgotten, as their social relevance is typically gauged through the power of their purse.

From being economically marginalized, the sectors at the bottom of the pyramid are nowadays being gradually integrated into the productive and entrepreneurial markets. Several thought-leaders, including C K Prahalad of the University of Michigan, author of “The Fortune at the Bottom of the Pyramid”, and Stuart Hart of Cornell University, author of “Capitalism at the Crossroads”, have heralded the potential of this burgeoning market, and have conceptualized and developed new models of conducting business that consciously target this particular huge demographic, often involving new technologies and innovations.

The proponents of Bottom of the Pyramid (BoP), an inclusive business model that encompasses, and oftentimes prioritizes, the “base-dwellers”, propose that business, government and donor entities cease to think of the poor and marginalized sectors of the society as “victims”, and instead start recognizing their potentials as spirited and creative entrepreneurs, and discerning consumers. They advise that there are remarkable benefits in store for entities who would choose to serve this market by identifying and responding to their needs. They even predict that the poor of today, once given opportunities to be included in the economy, either as entrepreneurs or consumers, will be the middle-class of tomorrow.

BoP proponents singled out three assumptions about the poor that serve as hindrances to their inclusion in existing business and economic models.
• There is an assumption that poor people cannot afford to acquire existing goods or avail of services. The problem, according to the thought-leaders, is that most entities will turn a blind eye to the huge mass market and choose to protect the cost structure, instead of modifying it to make the products affordable and accessible to the poor.
• There also exists a notion that poor people do not pay attention to technologies. This, according to the proponents, have been debunked by the fact that people at the base of the economic pyramid have shown that they are willing to accept new technologies, as long as the same allow them to make a better living. Contemporary gadgets such as smartphones and computers have been known to gain traction among the masses.
• The proponents also contradicted the thought that social innovations and best social enterprise practices can only be developed in the West. They argue that the poor people have the potential to be central agents of sustainable poverty alleviation strategies, and this, when upheld, will create a larger middle class in developing economies in years to come.

To catalyze the shift from the present business models to social innovations strategies that targets BoP, what is needed is to strike a balance among affordability, accessibility and acceptability? In dealing with the poor, the key to a successful business is to focus on inclusiveness of the model, social impact embeddedness, scaling and sustainable financing. The market at the top of the pyramid is fast saturating, while the middle class market is caught in dilemmas and conundrums brought about by the plethora of products and services being thrown at them. The base, however, is fundamentally under-served, and this fact opens doors for a large-scale product and service development. The enormous mass market is clamoring for attention, and if the words of the though-leaders are any indication, this rumbling call harbingers a massive economic opportunity.

Ultimately, the goal of social entrepreneurs, benefit corporations, fair-trade organizations, and other social good enterprises is to shift the pyramid to a diamond shaped model, moving the underprivileged people from the bottom to the middle level. Simultaneously, become a profitable enterprise and rapidly scale. The BoP segment is proving lucrative if social innovation & ingenuity can be applied to the business. There is a massive business opportunity out there that can economically and socially create great impact; we are talking about 4 billion people.

Lincoln Martin Strategic Marketing can guide companies on how to tap this massive BoP market segment. Email us: Ems @ LincolnMartin.com