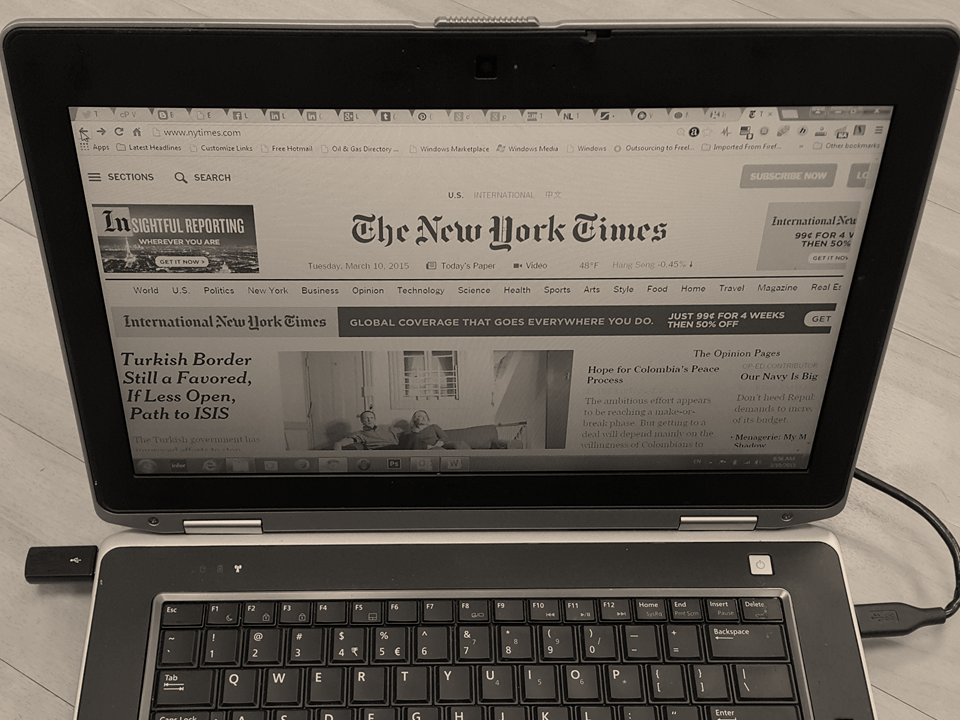 At one time there was a lot of controversy regarding whether or not the New York Times should install a paywall, and when they did, there was doubt of their success, however, it has been the right move for them so far. Asking people to subscribe, at a cost, to view their online content, has paid off, with 727,000 subscribers in the first quarter.

Reports state that growth has slowed, but still it is growing. These days newspapers need to venture out into the online world as the uptake of printed papers decreases. People now prefer their news via other mediums such as mobile phone apps. They can get the headlines instantly online, and they are up to date. For our fast paced world, the time taken between a paper being printed and it hitting the shops, is just too long. Anything can change in that time! People like to be kept right up to date. A paywall as a revenue maker looks on the surface to be a real winner. Of course you need to have content that people are willing to pay for, but if you’re a huge national institution such as The New York Times, you will have the content, you will have the following and consumers will know you stand for quality. You also have the advantage of habit. Some people take the same paper every day, their entire lives. They may switch from paper to digital, but the paper has become part of their routine.

Many newspapers are now going this way. Across the globe, previously free content is being hidden behind a paywall, along with other incentives such as subscriber only contests and offers. to encourage you to subscribe. The newspaper business these days, seems just a tad old fashioned – keeping up with the digital world by targeting online revenue streams seems like the sensible way to go if the papers are going to survive. They must make the transition from paper to digital. People want to read the paper on their tablet or mobile phone, they don’t want the hassle of finding a vendor to buy their paper from, they don’t want to wait for it to be delivered. They want it instantly accessible, right when they want to read it.

Consumers are also increasingly concerned about the environment, no trees are cut down for a digital version of a newspaper, easing our social conscience. We don’t have to feel guilty about putting it in the bin or remembering to recycle it. It won’t build up into an unsightly pile in our homes, and it won’t leave grubby marks on our fingers!

Many newspapers are moving forward, and for now it is working for them, but where will it end up? We’re seeing a massive increase in public news reporting. News is no longer the sole domain of the newspaper reporters or the television news reader. News happens where people are, and people, wherever they are in the world, are reporting on what is going on around them. Instantly uploading information and images via Twitter, Facebook, blogs and on forums. This first hand news from ‘real’ people is exciting, and it has a feeling of honesty about it. Will this type of reporting eventually take over from newspapers? Will people still want the news fed to them in a stylish manner by professional journalists, or will they prefer to seek out the news themselves, directly from the mouths of the people it is affecting, in their own words, with their own emotion?

We are seeing a healthy number of subscribers to the New York Times, and indeed other papers with a paywall, but there is always going to be a ceiling to hit, as the market is saturated and everyone who wants to subscribe already has done. 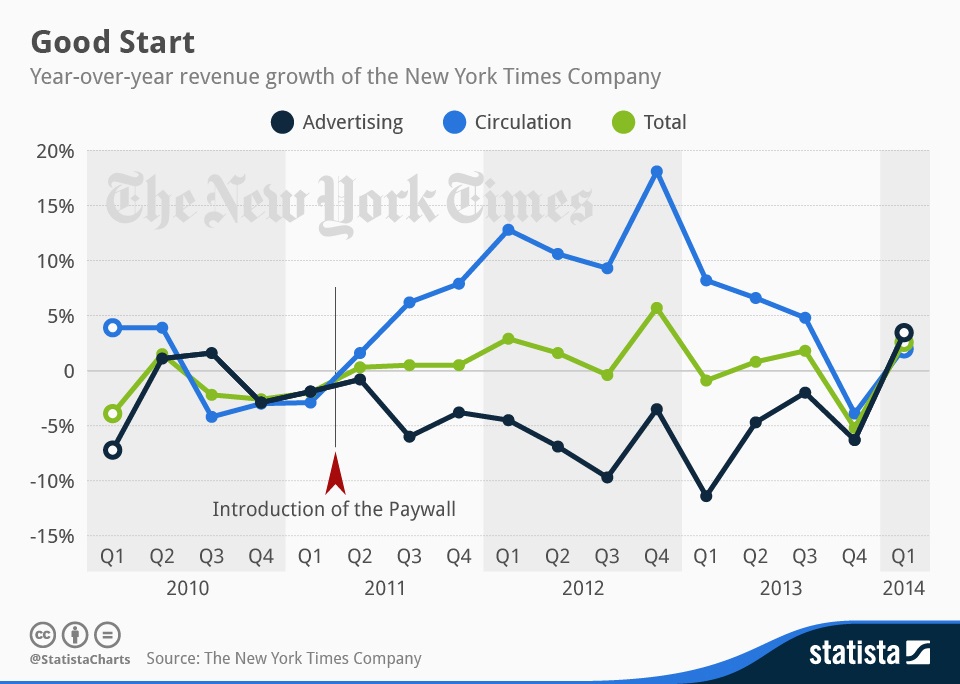 When you put your content behind a paywall, you’re reducing the exposure of your content. Limit the number of viewers, and you’re reducing your ad revenue. You’re also limiting the amount of extra publicity you can get from readers sharing stories via social media. Anyone who underestimates the marketing potential of social media is not looking to the future.

The future of paywalls, for the New York Times and other papers remains to be seen. For now it is a step in the right direction, but they will have to keep up with the times if they are to continue well into the future.

Want to learn online marketing, perhaps the internet of things or disruption? Email us:  ems@LincolnMartin.com