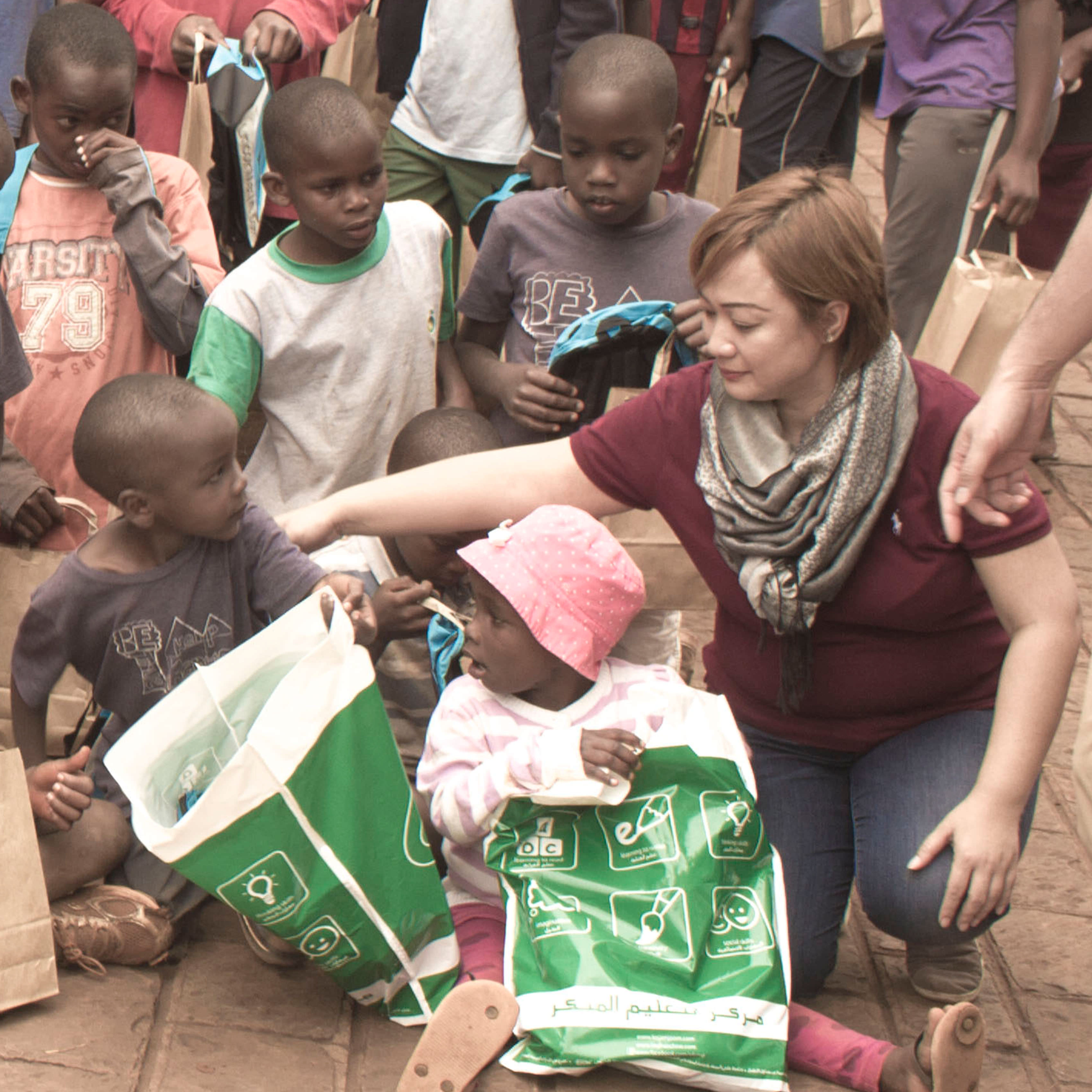 What I Learned from Joy, A Four Year-Old Kenyan Girl

Looking back, I could not think of any other reason why I stumbled upon the profile of that girl other than destiny.

Exploring the website of Rehema Home, an orphanage in Africa taking care of abandoned children, most of whom have serious illnesses, I came across the picture of a little girl whose sparkling eyes struck and mesmerized me. “We would like to introduce you to Joy Wanjiru,” said the heading, inviting to be clicked. From her profile, Joy was described as having an impressive personality – so extraordinary that she was said to be capable of touching the depths of one’s heart and soul. “Her eyes are deep pools of wonder, survival and so much more that cannot be described by mere words.”

I was convinced at first sight that I had to meet Joy. I felt an explicable longing inside me to know her and to listen to her story, as she recounts it with what I imagined was a soft sweet voice. Resolved to see her in person, I travelled with my husband and my two year-old son 2,000 miles from Dubai to Kenya. As our plane landed in Nairobi, I felt like a child waiting to open gifts on Christmas Eve: Excited and happy but anxious at the same time.

Joy was born in the Nyeri province in Kenya. A thousand kilometers away from Nairobi, her birthplace is one of the poorest towns in the country. When Joy was only 11 months old, their house and the small workshop beside it was burned. Joy was injured in the tragedy, leaving the crown of her head severely scarred.

Joy suffered a third-degree burn, which required intensive medical care and intervention to restore. At the tender age of less than one, little Joy was subjected to the pain of her injury and the discomfort of treatment. Due to this predicament, Joy was malnourished and had delays in learning how to walk.

Her mother was not spared by the fire. Upon her death, the hospital where they were treated contacted Rehema Home, which immediately agreed to shoulder the responsibility of taking care of the then-baby Joy.

“She was extremely sick, weak and malnourished,” said the matron of Rehema. “She had lost her strength to move, and did not know how to walk. She was about two years old at that time.”

The matron recounted their first thoughts of Joy: “We found it quite ironic that the little girl was named Joy. She was clothed in sadness, and her eyes were almost begging for her to be ransomed from such a heart-rending condition. We immediately knew that she was suffering – emotionally, physically and psychologically.” They described her as frail and bone-thin, from several excruciating operations and incessant hospital admission. “We wanted to put the joy back in Joy,” said the matron.

After a mere few months at Rehema, Joy showed signs of fast physical recovery, owing to better medical care. With the support and attention afforded to her by the staff and volunteers, Joy gradually healed emotionally. “We noticed that she smiled more often, and she became more accommodating towards other children. She learned how to walk, one step at a time.”

As I walked closer to the little girl donning a pink fisherman’s hat, I knew I was happy, but I could not keep my tears from falling. I recalled the pain and suffering she had gone through in her life, and I was overwhelmingly delighted that she was now playing, laughing and running around. When she saw me approaching, by what I thought was an instant emotional connection, Joy ran towards me and hugged my thighs. I smiled at her and went down to my knees to introduce myself. She smiled back at me. I hugged her and whispered: “I will never let you go, my dear.” At that moment, I felt like I was to her the mother that she never knew. We played and talked for hours, with my son Lincoln and a boy we were also looking to support.

Joy’s determination and will to live is enough to inspire the whole world. There are many other children like her out there, but for them to have better lives, like what Joy had, NGOs, like Rehema Homes, need more support, volunteers, donation and funding. We can truly help make miracles happen in the lives of these children.

Lincoln Martin Strategic Marketing adopted Joy on the 6th of September 2014, and she is now under our care and responsibility until she completes her education. Because of our marketing projects from various clients, we were able to sponsor Joy’s schooling and medical care. Lincoln Martin is pioneering a “social impact” business model that we called Client+Agency+NGO Partnership (#CANpartner). To learn more on how we give back to community, write to ems@lincolnmartin.com.