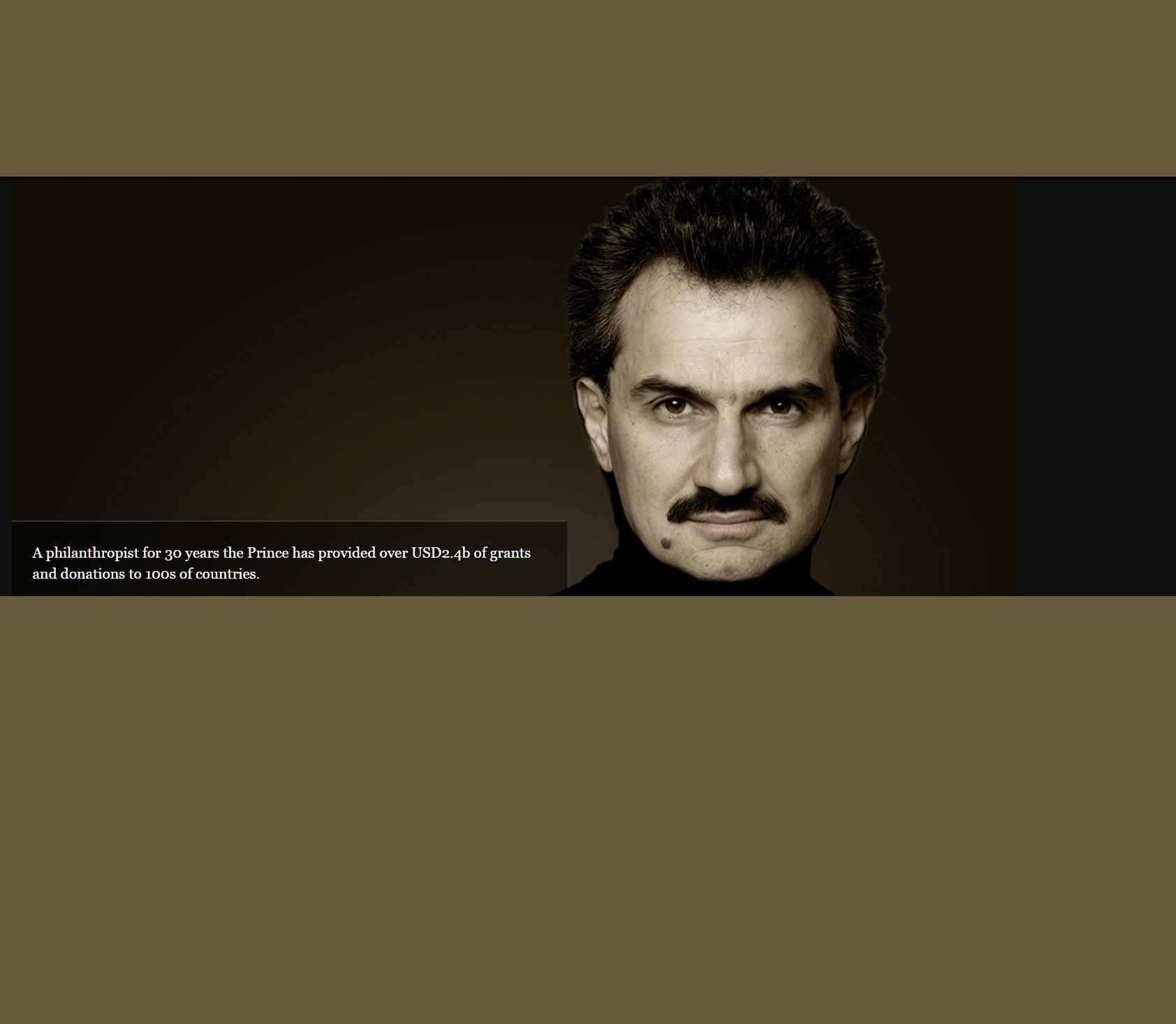 According to news report, Saudi Arabia’s billionaire HRH Prince Alwaleed bin Talal will donate his $32bn fortune to charities over the coming years.

“This is very much separate from my ownership in Kingdom Holding,” announcing that the $34 Billion donation to philanthropic causes will come from his personal wealth. He added, “Philanthropy is a personal responsibility, which I embarked upon more than three decades ago and is an intrinsic part of my Islamic faith.”

Back in 2010, Bill Gates and Warren Buffett announced the Giving Pledge. Since then, approximately 200 philanthropists, business owners and inspired individuals around the world followed their social good path, to give away more than half of their fortune in life or death. Gates and Buffett, who are worth $151bn combined, according to the Bloomberg Billionaires Index, gave more than $46 Billion into the Gates foundation.

Bill Gates twitted “An admirable milestone! @Alwaleed_Talal inspires with a pledge to donate all of his wealth,” and posted a news link from The Wall Street Journal. 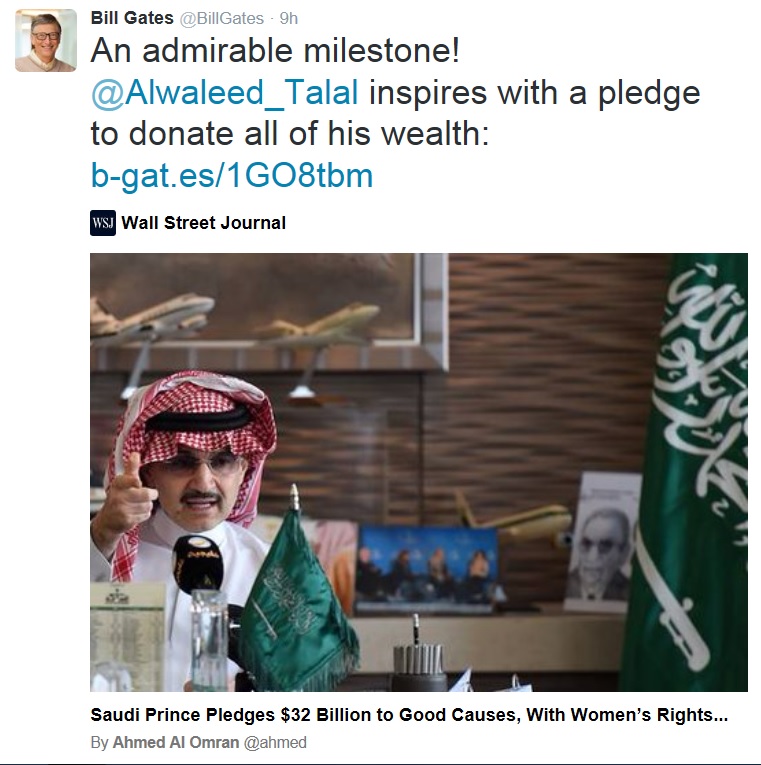 Prince Alwaleed is the chairman of investment firm Kingdom Holding Company (KHC) based in Saudi Arabia. KHC owns stakes in several prominent organizations around the world. Below are the list of global investments of KHC in various industries.