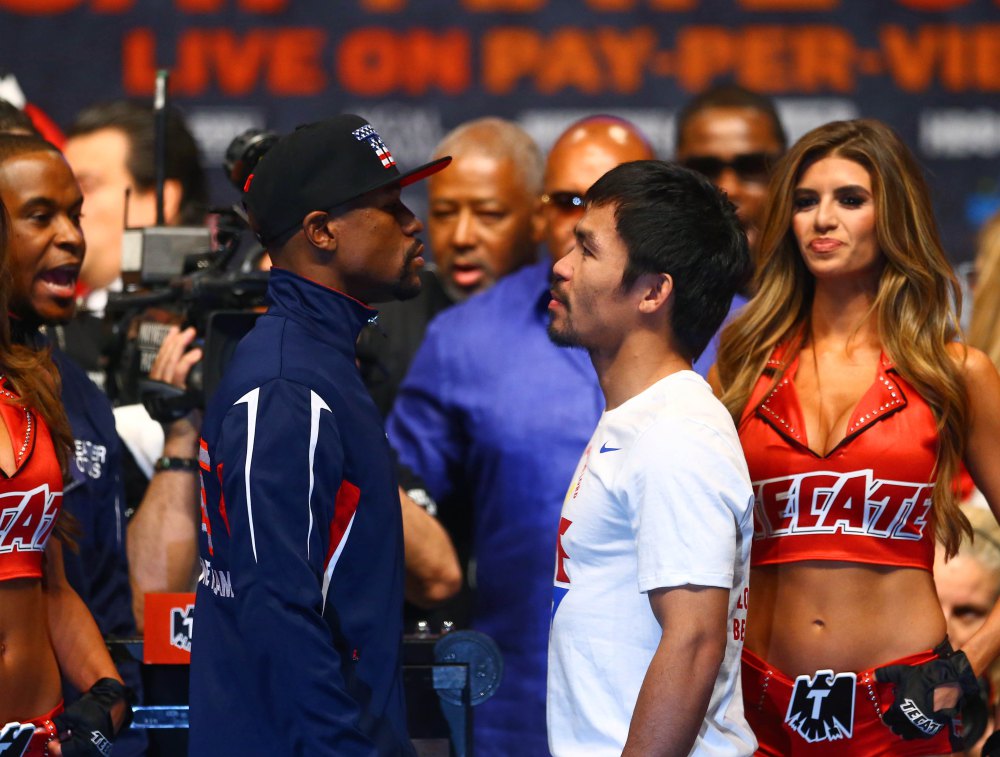 Why Mayweather Has No Product Endorsement: Sports Marketing Analysis

Despite being ranked as the world’s highest paid athlete, Floyd Mayweather has no product endorsement while Manny Pacquiao enjoys hundreds of millions of dollars of branding. We examine reputation marketing and celebrity branding in the sporting arena.

Every year, over a combined billion people watch marquee sporting events, like the Super bowl, the NBA Play-Offs and WWE Wrestlemania. The Super bowl alone attracts more than 160 million people (bigger than half of the US population), and in certain parts of the spectacle, the full viewership will have their eyes fixed on the game. So, it should come as no surprise that some advertisers are willing to spend US$ 3.5 million on a 30-second ad just to reach their audience and grab their attention.

Although Boxing does not enjoy the level of popularity of other sporting and entertainment events such as football, soccer, basketball and professional wrestling, the mega-fight between two of the greatest boxers of today (and maybe even in history), Floyd Mayweather and Manny Pacquiao, is touted to draw billions of Dollars, billed by some analysts as the “biggest payday in sports history”. The massive amount of profit waiting for the promoters, and the boxers and their entourage is expected to come from ticket sales, pay-per-view subscriptions, and product endorsements.

Manny Pacquiao’s career earnings after the fight will reach an estimated US$ 425 million, paving his way into an elite group of highest-earning active athletes, which includes Tiger Woods, LeBron James and Kobe Bryant. Pacquiao receives paychecks not only from his promoters, but also from his endorsements, such as HP, Sony, Henessy, Monster Energy and San Miguel Beer. But, while Manny Pacquiao is raking in millions through endorsements alone (his fighting shorts is estimated to be worth more than US$ 2.3 million), Floyd Mayweather is conspicuously devoid of any.

Experts say that Mayweather is undoubtedly popular and that people are excited to watch him, but his reputation and history discourages sponsors from being associated with him. Mayweather has pleaded guiltily to domestic violence charges in at least three separate occasions, and he has served two months in jail for attacking the mothers of his 9- and 10-year old sons in front of them. He was also found guilty of the same charge in 2001, 2002 and 2003.

Mayweather also has some nasty mic habits, hurling racist and homophobic comments about other boxers, including Pacquiao. And unlike other athletes who work hard to re-gain the lost trust and affection of their fans when they get into trouble, Mayweather has never acknowledged or apologized for his transgressions.

Despite this, Mayweather is the world’s highest paid athlete, and he has reached that distinction solely through his in-ring earnings. For the May 2 mammoth match, Mayweather is to earn an estimated US$ 120 million.

Floyd Mayweather and Manny Pacquiao weighed in on 1st May 2015 with a strong 12,000 fans watched at the arena. This was the most lucrative weigh-in in the history of boxing.

The entry to the weigh-in at the MGM Grand Garden Arena cost $10, but the ticket resale online and on the street skyrocketed at $800. This is just the weigh-in ticket.

The ticket sales for the fight night on 2nd May 2015 at the ring side is a whooping $141,575 USD per person. The projected ticket revenue is $74M, exceeds 6 games of 2013 World Series ($62.6) and Super Bowl XLIX Live Gate ($60M). The expected pay-per-view revenue is larger than the GDP of 29 countries. If the fight goes the distance to 12th Round, Mayweather and Pacquiao will split approximately $130,000 per second, on pay-per-view revenue alone. Expected revenue for the bout will surpass $400M, the largest in boxing history.

Tale of the Tape

Sports celebrities are ideal for businesses to linked with to project relevant aspects of their brand and products. Sports heroes can personify success, tenacity, resilience, teamwork, innovation, and determination despite vulnerability. Their performance in their respective fields, be it on court, on clay, on grass, or inside the ring or squared-circle impacts the viewers in more ways than any other media. Spectators feel awe when they experience jaw-dropping surge in speed, display of power, mind-breaking coordination or calm under tremendous pressure. Such a sensation could only be transmitted by sports stars, whose display of skills and mastery rise above and beyond the confusing web of messages conveyed by myriad companies through different channels.

Linking one’s brand to a personality should, however, come with utmost calculation and caution. Even as sports celebrities guard their reputation in public, they remain to be humans and can at times be susceptible to the temptations of wealth, popularity and ill-advice.

Want to know about Sports Marketing, Brand Management and Product Endorsement? Email us at ems@lincolnMartin.com